Title: A Roadmap and Enabling Technologies for a Global 6G Standard

Abstract: 6G has been an extremely hot topic for the past few years both in Industry and Academia.  Hence numerous 6G initiatives, funding constructions, Industry alliances, special interest groups have been announced. Furthermore, many White Papers and books have been published, providing a grandiose vision of the associated new services and capabilities. However, the ITU-R initiative is of particular interest in terms of developing a globally unified 6G standard, with a focus on Future Technology Trends and on the IMT Vision for 2030 as well as beyond. In this broad context, a community-wide consensus is sought for a unified 6G vision and usage scenarios.

This talk will begin with an overview of potential 6G solutions, highlighting a range of aspects spanning from developing a global standardisation perspective, the KPIs and the capabilities. In our view, 6G will go beyond communication, it will harness AI as a service, support Integrated sensing and Integrated non-Terrestrial network in addition to providing global connectivity and enhanced vertical industry support. Based on this high-level vision, we will discuss the associated enabling technologies supporting these requirements and capabilities. Some of the potential technologies are more mature than others.  For the relatively mature technologies, initial evaluations including simulation results and even testbeds will be presented, with a focus on the associated challenges and future research directions. 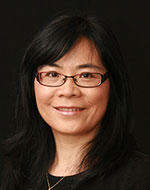 Bio: Dr. Peiying Zhu, Senior Vice President of Wireless Research, is a Huawei Fellow, IEEE Fellow, and Fellow of the Canadian Academy of Engineering. She is currently leading 5G and beyond wireless research and standardization in Huawei. The focus of her research is advanced radio access technologies. She is actively involved in 3GPP and IEEE 802 standards development. She has been regularly giving talks and panel discussions on 5G vision and enabling technologies. She led the team to contribute significantly to 5G technologies.

Prior to joining Huawei in 2009, Peiying was a Nortel Fellow and Director of Advanced Wireless Access Technology in the Nortel Wireless Technology Lab. She led the team and pioneered research and prototyping on MIMO-OFDM and Multi-hop relay. Many of these technologies developed by the team have been adopted into LTE standards and 4G products. Dr. Zhu has more than 200 granted patents.

Title: Terahertz Communications in 6G: How Much Are We Really Going to See?.

Abstract: Current discussions on 6G point to one terabit-per-second (Tbps) as a reasonable goal for the peak bitrate of next generation wireless systems. To meet this goal, the adoption of the sub-terahertz and terahertz bands, which can provide ample bandwidth for both communication and sensing systems, has been proposed by academia and industry. Fortunately, in the last decade, the terahertz technology gap has been progressively closed through major advancements in electronic, photonic, and plasmonic technologies. In parallel, the propagation of terahertz signals has been studied through both physics-based and data-driven approaches, debunking some of the myths about the terahertz channel. Nevertheless, there are several communication roadblocks that need to be overcome to truly unleash the spectrum above 100 GHz. In this talk, a bottom-up approach is going to be followed to highlight innovative solutions and open challenges for terahertz communications and sensing systems on the ground, in the air and in space. Specific topics include novel graphene-based plasmonic device technologies; ultrabroadband waveforms designs that can not only overcome but leverage molecular absorption; intelligent transmit, receive and reflecting surfaces able to engineer wavefronts in ways that in the past were only available to optical systems; and early hints to design a protocol stack for ultrabroadband ultradirectional networks, always with an eye towards experimental demonstrations with state-of-the-art testbeds. 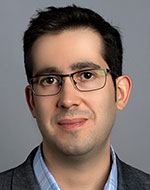 Bio: Josep Miquel Jornet is an Associate Professor in the Department of Electrical and Computer Engineering, the director of the Ultrabroadband Nanonetworking (UN) Laboratory, and a member of the Institute for the Wireless Internet of Things and the SMART Center at Northeastern University (NU). He received a Degree in Telecommunication Engineering and a Master of Science in Information and Communication Technologies from the Universitat Politècnica de Catalunya, Spain, in 2008. He received the Ph.D. degree in Electrical and Computer Engineering from the Georgia Institute of Technology, Atlanta, GA, in August 2013. Between August 2013 and August 2019, he was in the Department of Electrical Engineering at the University at Buffalo (UB), The State University of New York (SUNY). He is a leading expert in terahertz communications, in addition to wireless nano-bio-communication networks and the Internet of Nano-Things. In these areas, he has co-authored more than 220 peer-reviewed scientific publications, including 1 book and 5 US patents. His work has received more than 13,900 citations (h-index of 55 as of December 2022). He is serving as the lead PI on multiple grants from U.S. federal agencies including the National Science Foundation, the Air Force Office of Scientific Research and the Air Force Research Laboratory as well as industry. He is the recipient of multiple awards, including the 2017 IEEE ComSoc Young Professional Best Innovation Award, the 2017 ACM NanoCom Outstanding Milestone Award, the NSF CAREER Award in 2019, the 2022 IEEE ComSoc RCC Early Achievement Award, and the 2022 IEEE Wireless Communications Technical Committee Outstanding Young Researcher Award, among others, as well as four best paper awards. He is a senior member of the IEEE and an IEEE ComSoc Distinguished Lecturer (Class of 2022-2023). He is also the Editor in Chief of the Elsevier Nano Communication Networks journal and Editor for IEEE Transactions on Communications.

Title: Integrated Sensing and Communications: From Signal Processing to Prototypes

Abstract: Integrating sensing functionality into communication devices is emerging as a key feature of the 6G radio access network. Dual-function radar communication (DFRC) systems implement both sensing and communication using the same hardware thus saving in power, cost and spectral efficiency. In this talk, we focus on some of the signal processing aspects of designing and implementing DFRC systems and discuss how the convergence of sensing and communication can be utilized to efficiently exploit congested resources and to communicate intelligence via sensing. In particular, we begin by introducing several approaches to reduce hardware cost by exploiting sub-Nyquist principles and sparse arrays to sense and communicate jointly at low sampling and bit rates. We then introduce new hardware designs that allow continuous monitoring using event-based sampling and high dynamic range. We next consider several different approaches to waveform design and receive signal processing considering both radar detection mode and target localization including spectrum sharing, joint precoder design, and index modulation techniques. We end by discussing future trends in DFRC systems including model-based AI for communication and radar under uncertain channels, near-field communication and radar, and hybrid RIS/DMA to create configurable radiation patterns for scalable and low power sensing and communication. Throughout the talk we will consider both the theory and hardware prototypes and show several demos of real-time DFRC systems, low bit and low power ADCs, and cognitive joint radio and radar systems. 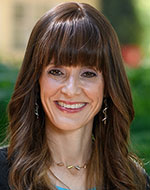 Bio: Yonina Eldar is a Professor in the Department of Mathematics and Computer Science, Weizmann Institute of Science, Rehovot, Israel, where she heads the center for biomedical engineering. She is also a Visiting Professor at MIT, a Visiting Scientist at the Broad Institute, and an Adjunct Professor at Duke University, and she was a Visiting Professor at Stanford. She is a member of the Israel Academy of Sciences and Humanities, an IEEE Fellow, and a EURASIP Fellow. She has received many awards for excellence in research and teaching, including the IEEE Signal Processing Society Technical Achievement Award (2013), the IEEE/AESS Fred Nathanson Memorial Radar Award (2014), and the IEEE Kiyo Tomiyasu Award (2016). She was a Horev Fellow of the Leaders in Science and Technology program at the Technion and an Alon Fellow. She received the Michael Bruno Memorial Award from the Rothschild Foundation, the Weizmann Prize for Exact Sciences, the Wolf Foundation Krill Prize for Excellence in Scientific Research, the Henry Taub Prize for Excellence in Research (twice), the Hershel Rich Innovation Award (three times), the Award for Women with Distinguished Contributions, and several teaching awards. She was selected as one of the 50 most influential women in Israel, and was a member of the Israel Committee for Higher Education. She is the Editor-in-Chief of Foundations and Trends in Signal Processing and heads the committee for Gender Fairness in Higher Education Institutions in Israel.

Abstract: Data security in the quantum era can be one of the key challenges that telecom operators will face in the coming years. With the recent trend in advanced quantum computing machines, the need for implementing alternative solutions for secure communications - those that do not rely on computational complexity assumptions - has become more urgent. This would be of special interest in scenarios where data, e.g., our medical records, need to be kept secure for a long time. Once we exchange such sensitive information using current public-key cryptography techniques, it may be immune to eavesdropping today, but it will not remain secure forever when large-scale quantum computing is already a reality. Fortunately, there is a possible solution to this problem, known as quantum key distribution (QKD), whose security relies on the laws of physics as we understand them by quantum mechanics. QKD enables two users to securely exchange a secret key. This can, in principle, resolve the security issues that threatens the public-key cryptography schemes. In practice, however, a large-scale deployment of QKD in our current infrastructure will face certain challenges. This will nevertheless provide many opportunities for engineers and scientists alike to harness the power of quantum mechanics for our daily applications. This talk will give an overview of this technology and how it has evolved over the past few decades. It will also describe how the backbone networks could be enhanced, in multiple phases, to accommodate a global quantum communications network. Along the way, it will provide examples of ongoing projects across the world moving toward this ambitious goal, and will conclude by highlighting how engineering disciplines can contribute to this exciting endeavour. 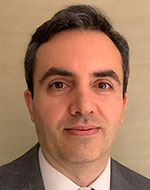 Bio: Mohsen Razavi received his B.Sc. and M.Sc. degrees in Electrical Engineering from Sharif University of Technology, respectively, in 1998 and 2000, and his PhD from MIT, in 2006. He was a postdoctoral fellow at the Institute for Quantum Computing at the University of Waterloo until September 2009, when he joined the School of Electronic and Electrical Engineering at the University of Leeds, where he is now a Professor of Quantum Communications. He is a recipient of the Marie-Curie International Reintegration Grant. He organized the first International Workshop on Quantum Communication Networks in 2014. He was the Coordinator of the European Innovative Training Network, QCALL, which aimed at providing quantum communications services to all users. He has authored a book on quantum communications networks in IOP Concise Physics series. His research interests include a variety of topics in quantum optical communications, quantum optics, and quantum communications networks.